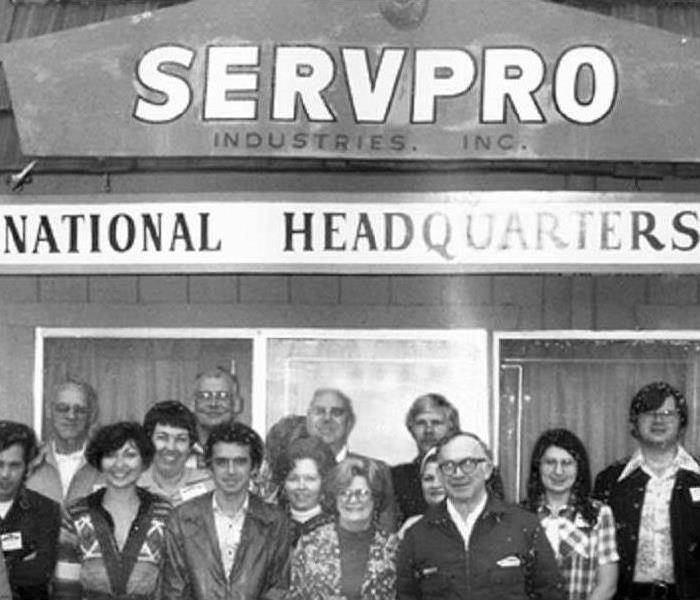 Ted and Doris Isaacson launched SERVPRO in 1967 as a painting business in Sacramento, Calif. With a background in cleaning and restoration, however, Ted and Doris soon transformed the company into a franchisor of cleanup and restoration specialists.

After selling its first Franchise in 1969, SERVPRO continued to grow, acquiring the Bristol-Myers Domesticare Division and its 175 Franchises in 1979.

SERVPRO relocated the corporate headquarters from Sacramento to Gallatin, TN, in 1988 in a strategic move to place itself within 600 miles of 50% of the U.S. population.

At the time of the relocation, the SERVPRO System consisted of 647 Franchises.

SERVPRO Corporate quickly became a key contributor in its community, and in 1991 the Nashville Business Journal named SERVPRO the Small Business of the Year. In the meantime the company continued its impressive growth, selling the 1,000th Franchise in 2000. Learn more about our Awards and Recognition.

In 2005, SERVPRO moved to a 140,000 square-foot, state-of-the-art facility in Gallatin to provide more room for expansion.

With a proud history, a successful present and a bright future, SERVPRO will press on toward becoming the premier cleaning and restoration company in the world.